Do you want to know when you've got mail?

Groupwise had Notify which would show you if you had any new emails.  You can enable it so you would get popups and you could also look on the bottom right of your computer and see an envelope over the Notify globe icon.

There are a few different ways to get notified if you have new mail in Gmail. 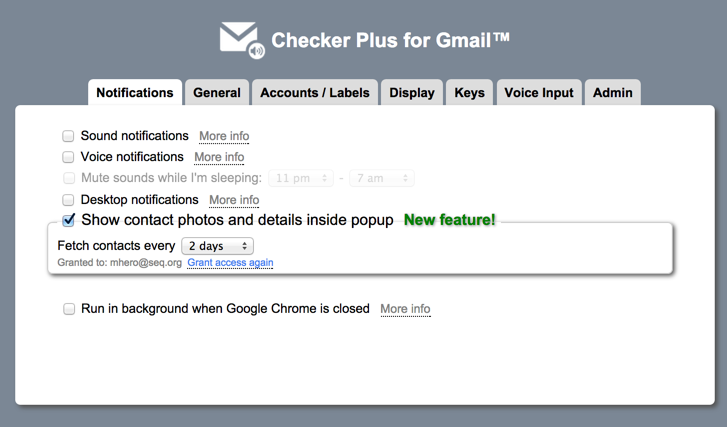 Posted by Melissa Hero at 6:44 AM No comments:

One of the questions that I keep getting asked is how to stop the daily emails from School Loop.

In School Loop, you can choose to turn off the daily emails, however you will still receive changes in grade emails.  This email is important because it can help you determine if you accidentally made a mistake and overwrote a grade.  The trending emails are nice too, if you see a student's grade trending up or down, you can talk to them to tell them that they are doing a great job, or ask them what is going on.  It's a good idea to read these emails, but I don't necessarily need to look at them each day. 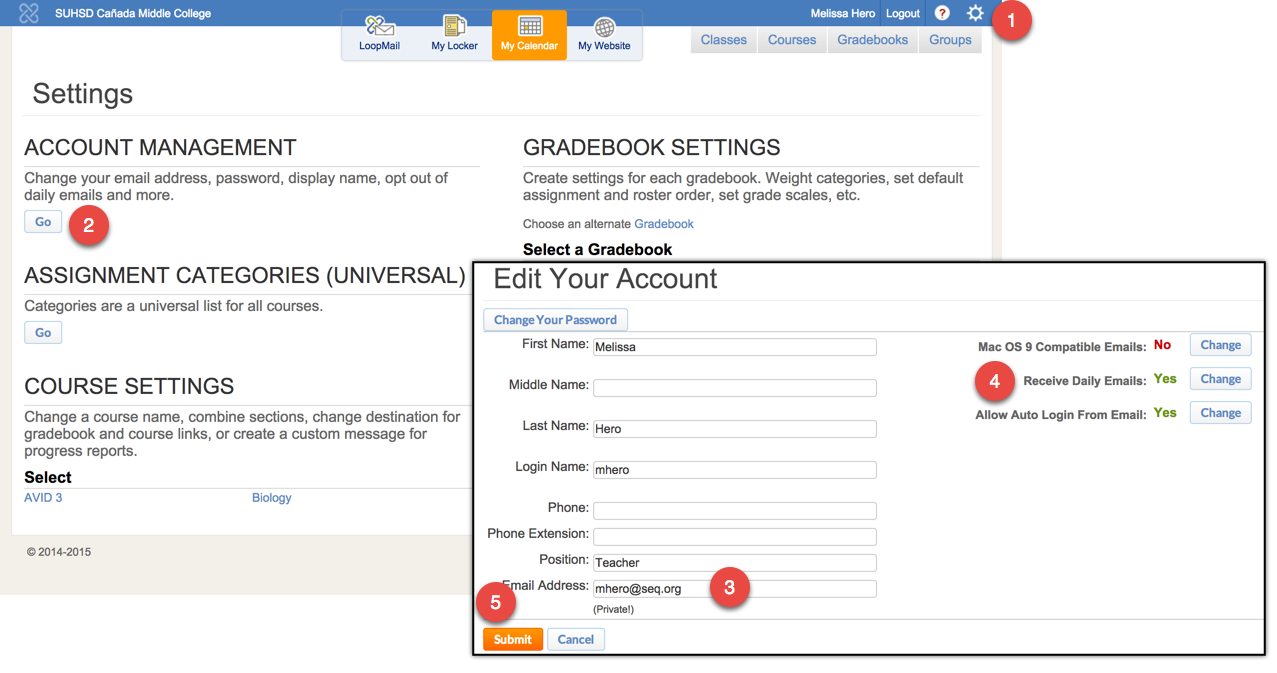 You can create a filter in Gmail that sends all of the incoming daily School Loop emails into a Gmail Label (think folder).  So you can still check those emails when you want, but they will skip your inbox.

Here are instructions on how to create a filter in Gmail.

What are some other filters that you have set up?

Posted by Melissa Hero at 8:11 AM No comments:


You may find that the formatting of the documents isn't always perfect when you view it in Google Docs.  I would recommend that from now on, you create any new files in your Google Drive instead of Office.   It will make it so much easier to share your documents and access them away from your classroom.
Posted by Melissa Hero at 9:05 AM No comments:

Are you tired of Novell Groupwise popping up when you log in to your computer each morning?  Do you hate clicking on links to email addresses and Novell Groupwise still opens?  Here is how to fix this so everything works with your new @seq Gmail accounts.

Groupwise Notify will no longer open when you start your computer.

When you click on links to emails, Gmail will open up.
Posted by Melissa Hero at 10:15 AM No comments:

After switching to Gmail, the feature missed the most from Groupwise seems to be the ability to retract sent emails.

Gmail does have a lab, called Undo Send, which allows you to press Undo after you have sent an email.

To set up Undo Send in your Gmail, follow the steps below.


There are a lot of other great labs and some apps that you can use to simplify things when you use Gmail.  Here's some more info about other Gmail Labs and Apps.

Posted by Melissa Hero at 7:52 AM No comments:

Get this Blog by Email